Georgina worked with the 15th Essendon Sea Scouts to transform her Sketched Campsite artwork into a “Scoutified” installation that featured in the Big Day Scout, Street-wide Art Game in February 2015. Over the two workshops the Scouts were involved in transforming everyday camping “thing” into 3-dimensional Sketched objects. The resulting black and white camping equipment was installed amongst the original artwork, in Bourke Street Mall, for the Big Day Scouts 2015.

The First Workshop required the Scouts aged from 7-14 years old, to bring in their own “old” campsite objects from home and spray paint them white, creating a blank canvas for each of the children to drawn on. The Scouts brought in broken or unwanted camping equipments including torches, water bottles, plastic cutlery, boots, a tackle box, cooking billy, hats and a mini eski. Georgina constructed makeshift spray booths from cardboard and had the kids in an assortment of protective gear to safely spray there objects. 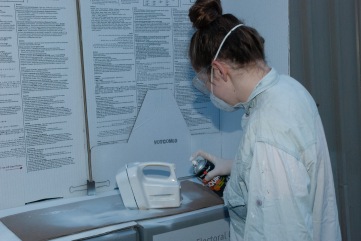 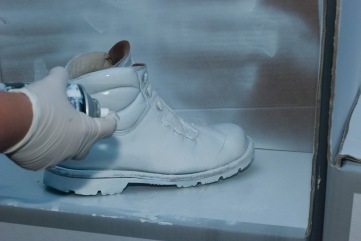 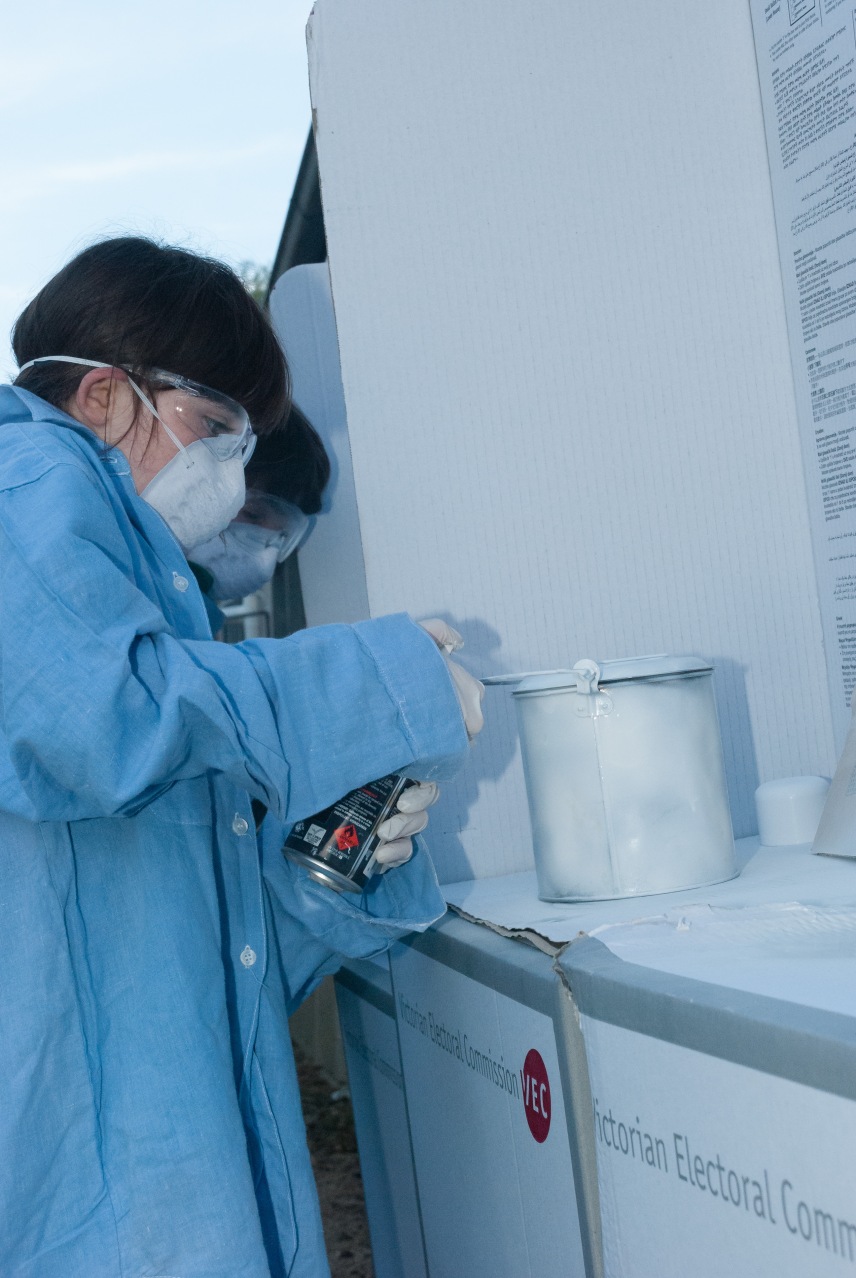 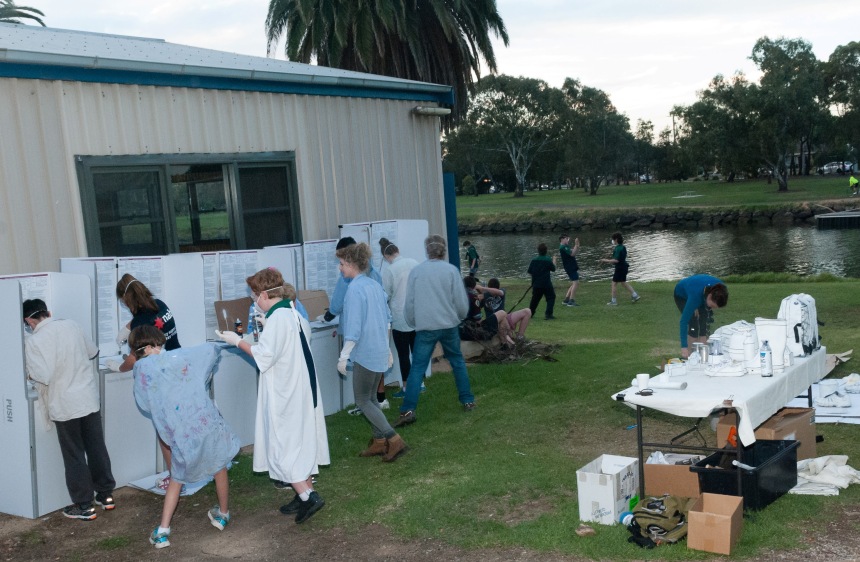 The Second Workshop saw a larger group of children aged 5-16 years old gather around a communal “Sketching” table to draw around their objects with black marker & pastel. The markers were used to outline the objects, whilst the pastels allowed the Scouts to create shadow and texture. 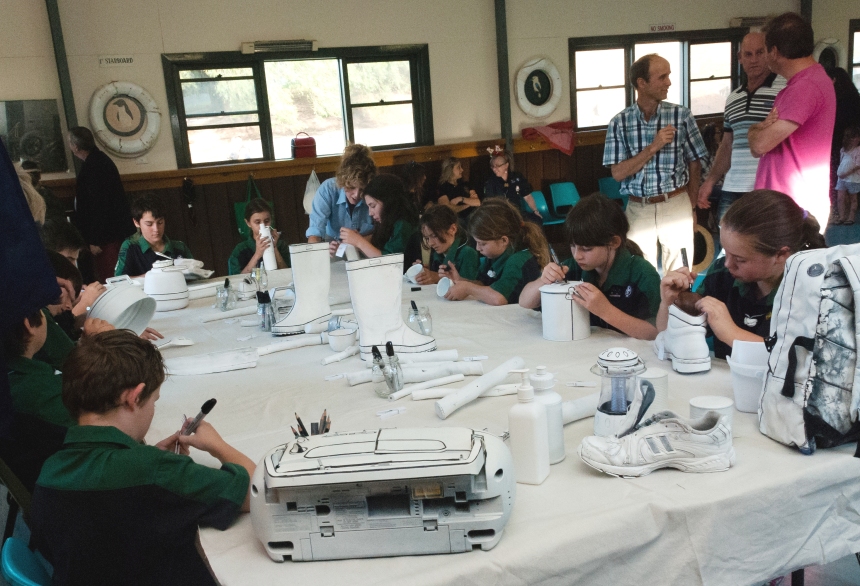 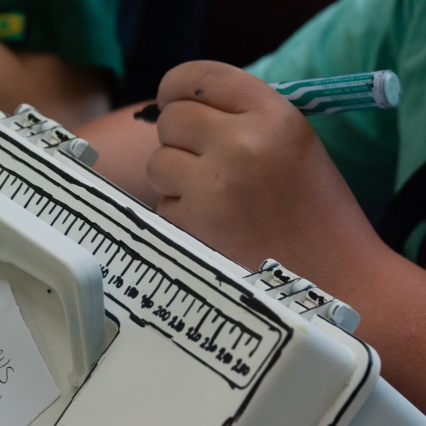