Through a series of workshops in early 2015, Georgina collaborated with children of the 15th Essendon Sea Scouts to transform her Sketched Campsite artwork into a “Scoutified” installation.  The resulting artwork was installed in Bourke Street Mall for the Big Day Scouts’ Street-wide Art Game in February 2015. Over the two workshops the Scouts were involved in transforming everyday camping “things” into 3-dimensional “Sketched” objects. The resulting black and white campsite was installed into the urban street-scape and became an interactive children’s playground. 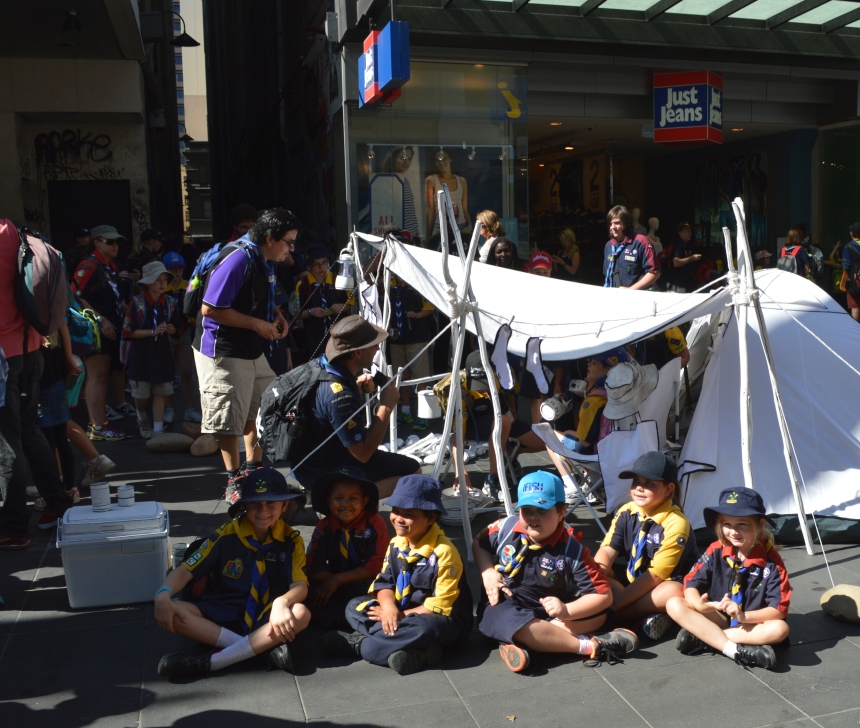 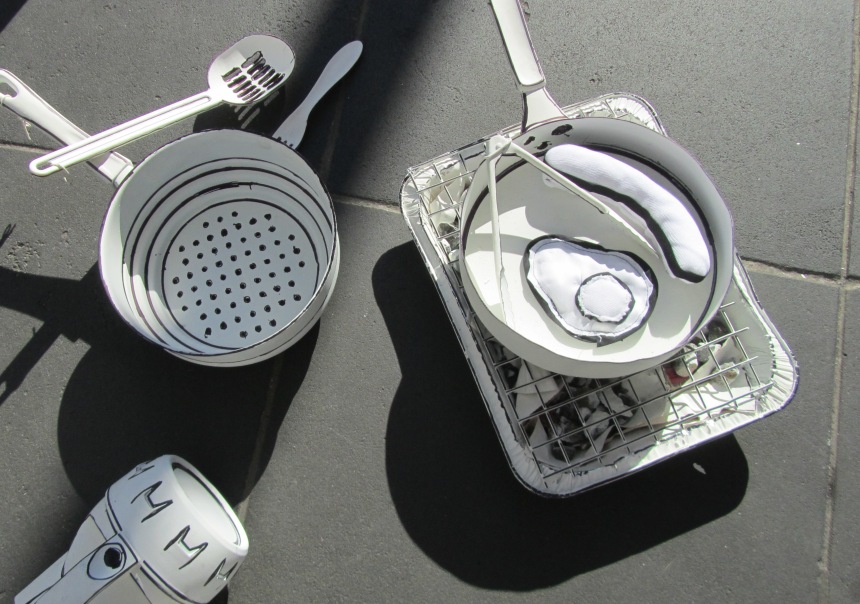